The Story of the Birth of New Products: Isoprene

The Story of the Birth of New Products: Isoprene

Throughout its history, Kuraray has energetically taken on the challenge of finding replacements for limited natural resources by developing and commercializing synthetic alternatives such as rayon, PVA fiber and man-made leather CLARINO. The next target was development of a synthetic version of natural rubber, which was anticipated to become in short supply. Although Kuraray had successfully commercialized polyisoprene rubber in 1972, it quickly lost competitiveness as a result of the 1973 oil crisis that occurred shortly after the announced introduction of the new synthetic rubber. Kuraray began exhaustive efforts to curtail production costs through the introduction of changes to the manufacturing process. The R&D team also tenaciously pursued the development of high-value-added products to reinforce the isoprene chemicals business, which today boasts high profitability. 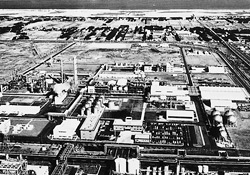 When Kuraray first conducted R&D into synthetic rubber around 1960, most of the global rubber supply relied on natural rubber. Natural rubber, however, can only be produced in certain areas of the world, such as Southeast Asia. There was also a lot of concern in those days over the long-term stable supply of natural rubber. Under these circumstances, synthetic rubber producers were very keen to industrialize polyisoprene rubber, which was considered a synthetic version of natural rubber. One obstacle was the huge investment required to develop the industrial processes necessary to produce isoprene monomers1 (IPM), the key component for industrialization of isoprene rubber. Prospects for such commercialization faced numerous challenges.

Against this background, Kuraray focused its R&D activities on establishing a manufacturing process for producing IPM at a reasonable cost. Through comparative analysis of the IPM manufacturing processes available at the time, Kuraray took the daring step of selecting the two-stage synthesis process2 instead of the extraction process3 adopted by rival manufacturers. The two-stage synthesis process was sidestepped by competing firms because it was difficult to achieve stable operation and reaction yields were low. 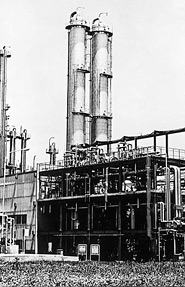 Kuraray decided to use the two-stage synthesis process because it could economically obtain plenty of C4 fractions4 as by-products during ethylene production. In addition, the choice was backed by Kuraray’s firm confidence in the synthesis process that used its proprietary technology developed and nurtured over many years.

The technology for this synthesis process was virtually completed in 1963. Nevertheless, Kuraray could not begin commercialization immediately because there were still issues that needed to be resolved first, such as the establishment of a suitable distribution system. Under these unavoidable circumstances, Kuraray had to discontinue even relevant R&D activities for a time. Later, growth of the automotive industry spurred rapid growth in the synthetic rubber industry, which led to acceleration of the mass production of polyisoprene rubber in the United States. Kuraray’s synthesis process technology was now in a prime position to steal back the spotlight.

A pilot plant was built at the Kurashiki Plant in 1967 to put in place the manufacturing technology. At the same time, a marketing team was organized in 1968 to conduct further market research and development of promising markets. In April 1972, the mass production of polyisoprene rubber was launched at the Kashima Plant at long last. 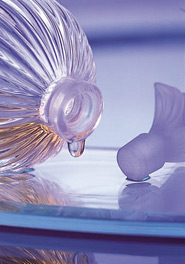 Soon after the launch of the Isoprene Business, the 1973 oil crisis occurred in October that year causing oil prices to soar and subsequently the prices of raw materials for synthetic rubber to skyrocket. Almost simultaneously, the strong yen resulting from the introduction of the floating rate system against the U.S. dollar, and stagnancy in the natural rubber market added to the difficult situation of polyisoprene rubber business. These triple headwinds, now united together, had a crippling effect on the competitiveness of polyisoprene rubber compared with natural rubber.

Without future prospects in sight, the Isoprene Business found itself facing the possibility of complete failure at any moment. The R&D team, who had taken the lead in successfully developing the process, was immeasurably shocked by the situation. In spite of these difficult circumstances, however, Kuraray decided to continue with the business based on a forward-looking assessment of the various possibilities that isoprene presented. An exhaustive effort was undertaken to curtail production costs to the lowest possible levels, while further R&D activities were conducted to search for new fields of high-value-added products.

Kuraray’s first project was to produce a new product from intermediates generated during the synthesis process. This led to the birth of a special solvent, SOLFIT. Today, this business has achieved significant growth. In keeping with the launch of production of SOLFIT, the R&D team changed the IPM manufacturing process from the two-stage synthesis process to a new three-stage synthesis process. Although the three-stage IPM manufacturing process gave way to the one-stage process, it was a monumental move that would have significant impact upon the development of the major products of the chemicals business.

The one-stage isoprene monomer synthesis process cleared the path to reviving the Isoprene Business. The R&D team fortunately came upon the formation of a small amount of isoprene monomer during liquid phase cracking analysis5 of a special alcohol formulation. After extensive research, the R&D team succeeded in developing the one-stage process using isobutene, which enabled Kuraray to achieve a stable process at a reduced cost. The business had finally acquired a firm footing, comparable with the extraction process used by competing firms.

Although construction of the isoprene plant had been suspended due to poor business performance, the zeal of the people working at the manufacturing site, who took the view of “it’s either now or never,” helped greatly to revitalize the business. The one-stage process was developed after many twists and turns, and the new plant started operation early in 1987 thanks to the unceasing and assiduous efforts of the project staff.

Around the same period, Kuraray succeeded in developing a technology to produce isoprenol independently (until then, isoprenol was available only as a by-product of the three-stage IPM manufacturing process). This new technology allowed Kuraray to efficiently develop diols (chemical compounds used as raw materials for polyurethane and resin modifiers), specialty chemicals (functional chemicals) and agricultural chemical intermediates. Since then, this synthesis process has been used for SOLFIT and isoprenol.

Disadvantages involved in the existing processes were overcome by making certain changes in the IPM manufacturing process. Combined with the development of new technology that made independent production of isoprenol possible, these technological advances did much to help restore the competitiveness of the business. Moreover, Kuraray could take maximum advantage of the by-products and intermediates produced during such changes and development. It was not until fifteen years after the first steps that the Isoprene Business could finally come to stand on its own. 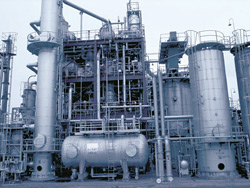 Expansion into the fine chemicals field began with the completion of an isoprene derivative plant in 1977 on the premises of the Nakajo Plant. The main products created at this plant included substances in the new fine chemicals field: aromatics such as linalool (fragrance of lilies) and geraniol (fragrance of rose), and chemical compounds such as isophytol, which is used in the preparation of vitamin E, and squalene, which is often used in cosmetics as a natural base oil. 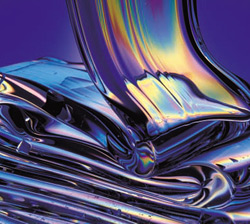 In the field of polymers, synthetic rubber became unprofitable. This led Kuraray to pursue other possibilities related to isoprene polymer R&D to survive. One of the research results was liquid isoprene rubber (LIR). Kuraray is the sole manufacturer of LIR in the world and the demand for this product is growing even now.

The technology developed for LIR contributed to the creation of new materials such as SEPTON (thermoplastic elastomer) and HYBRAR (vibration damping elastomer) in the 1990s. These polymers were designed using technology that allows precise control of the alignment of hundreds of thousands of molecules.

The R&D team continually exchanged information with the production and sales staff to research market needs during product development. For example, the LIR for tire plasticizer application was extremely viscous and difficult to handle because of the large molecular weight of the substance of tens of thousands molecular units. This problem was solved by dividing the LIR into smaller packages, bearing in mind the convenience of users.

As a result of these developments, the name polyisoprene rubber disappeared from Kuraray's product lineup. The current product lineup includes new products that were unknown just a few years ago.

After much research and hard work, the Isoprene Business has evolved to become one of the principal business divisions of Kuraray and now generates significant profit. The background of this success is greatly due to the close cooperation among the R&D team, who accumulated technologies and know-how step by step, the production technology team, who quickly incorporated such technologies, and the sales team, who made strenuous efforts to develop new markets for these new and varied products from scratch. The starting point for all of these efforts was the Kuraray corporate culture of always pursuing proprietary technologies and products while entirely rejecting copying those of others.